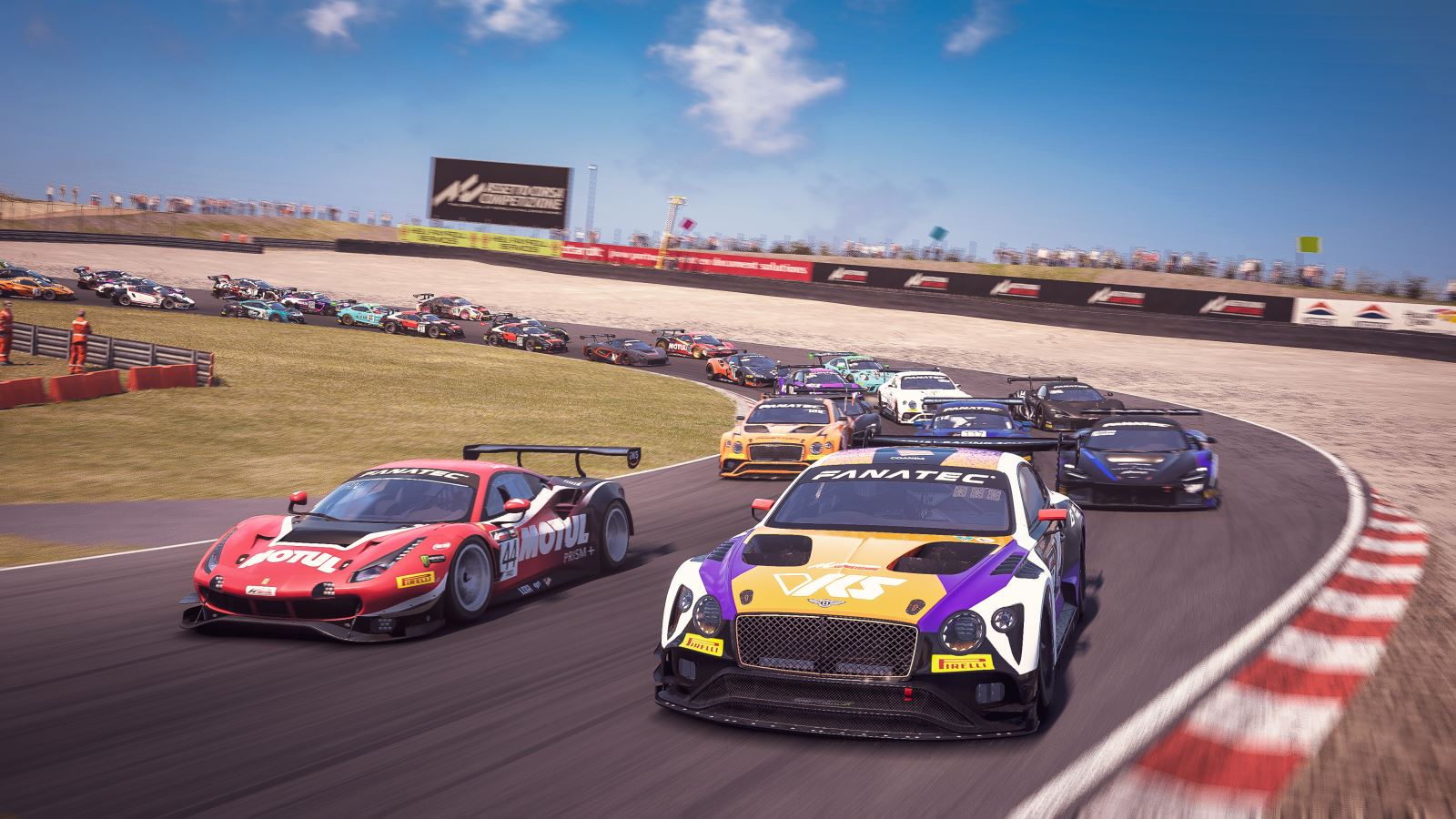 GT World Challenge Asia Esports moves on to Misano this Thursday (July 22) for Round 3 of 2021’s Sprint Series staged on Assetto Corsa Competizione.

39 Hot Lap qualifiers join the top-five finishers from the previous round at Zandvoort for what could prove 60 decisive minutes in this year’s title race. That largely depends on the performance of Dayne Warren who has maximum points after claiming two victories, two pole positions and two fastest laps from the opening two rounds.

CAN ANYONE DERAIL THE RUNAWAY DAYNE TRAIN?

Another victory for Warren wouldn’t be enough to seal the title with two rounds remaining, regardless of where Rachmat et al finish. But it could ultimately prove the decisive blow in a title race steamrollered by VRS Coanda Simsport’s #57 Bentley.

Warren has been a class apart thus far, as underscored by a dominant 13s victory last month. And Hot Lap Qualifying times suggest the Continental will once again be one of the fastest cars out there after Inspeed Racing’s Jiacheng Jiang earned the fourth and only available Bentley slot.

His lap was just 0.066s slower than the fastest time of all set by Octane Online Racing’s Philippa Boquida whose 1m32.700s topped a particularly quick McLaren leaderboard. On that evidence all four 720S entries should be up front on Thursday night.

Championship contender and automatic qualifier Maulana will also be encouraged by Ferrari’s performance in qualifying where his Legion of Racers team-mate Dillan Tan lapped less than two tenths shy of the fastest time overall. The Singaporean will be eager to bounce back from a late disconnect that denied him a podium finish and another strong points haul at Zandvoort.

He currently lies joint-fifth in the standings along with automatic qualifier Laurenson and Kelvin Chen (Full Pace Racing Team) whose Hot Lap pace suggests Porsche will also be firmly in the mix at Misano.

Gen-Z Racing’s Damon Woods also non-scored in Holland following a promising opening round at Brands Hatch but gets another chance to impress after topping Mercedes-AMG’s section. His 1m33.0s was equalled by the fastest Aston Martin (Syaukat Takuma, JMX Juniors) and Audi (Moreno Pratama, Legion of Racers) drivers.