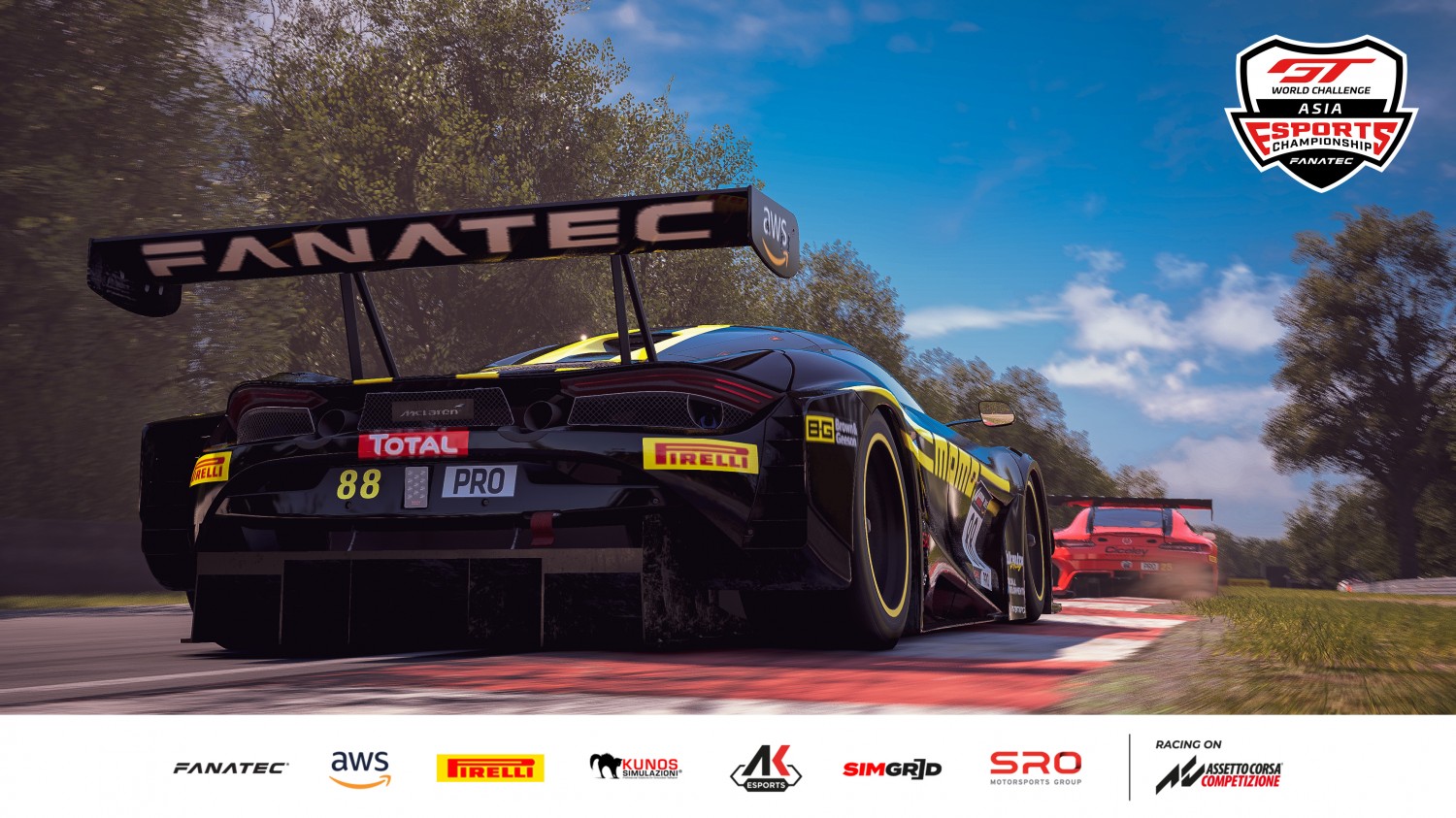 44 of the Asia-Pacific region’s best professional and amateur sim drivers have the honour of kickstarting SRO Motorsports Group’s global virtual race series this Thursday (May 20) when Brands Hatch hosts the opening round of 2021’s GT World Challenge Asia Esports Championship.

The eight-round campaign, reserved for Asia-Pacific gamers, is split between five 60-minute sprints and three more endurance races of durations lasting three, six and 10 hours. North Americans will compete in their own eight-event series, which begins on Saturday, while Europe stages the first of its 15 rounds – 10 Sprint, five Endurance – over consecutive days starting this Friday.

All 31 regular season races and the subsequent Grand Final will be staged on Assetto Corsa Competizione, the official game of GT World Challenge. Technical assistance is provided by AK Esports, The Sim Grid, and real-world title sponsor Fanatec.

Season 2 of SRO’s Asian Esports championship begins a little over six months after Duvashen Padayachee, Kevin Tse, Andika Rama Maulana and Philippa Boquida each claimed one of four Real and Sim titles. Those four classes have now been combined into one Overall classification that awards a single continental drivers’ crown, prize money and several guaranteed entries into the GT World Challenge Esports Grand Final, which will gather the fastest gamers from Asia, Europe and America.

Plenty to play for, then. But what about the here and now, and specifically Brands Hatch?

Well, each of the 44 drivers earned their entry via a Hot Lap Qualifying competition in which the fastest four per GT3 manufacturer progressed. This Thursday’s top-10 race finishers score points counting towards the Sprint classification and the top-five will earn an automatic invitation to contest Round 2 at Zandvoort on June 24. Subsequent Hot Lap Qualifying results decide the remaining 39 slots.

Several familiar faces from Season 1 have made the cut, including reigning Pro and Am champions Maulana and Boquida. The former emerged as the class of the field in 2020 but has now switched from his trusty Mercedes-AMG to Ferrari, albeit with the same Legion of Racers support. Boquida, meanwhile, prepares to renew her rivalry with last year’s title rival Ryan Hoolihan after the pair finished one-two in McLaren’s section.

But they’re not the only former overall and class winners on the Brands Hatch entry.

Last season’s Real-Pro runner-up Melvin Moh has qualified amongst the sim specialists, while Laundry House – so prolific in both the Pro and Am ranks throughout 2020 – is represented by five drivers. One of them, Andrew O’Hara, led a Ferrari 1-2-3 in Hot Lap Qualifying. The Australian’s 1m21.924s was a tenth quicker than either Maulana or Dillan Tan Qi Long could muster aboard their 488s. Fadhli Rachmat’s JMX Phantom Bentley finished fourth overall.

Wako’s Fliptable Racing’s Yat Lam Law once again leads the line for BMW, and Isaac Norman will be hoping to build on his selected outings last year after setting the quickest Lamborghini time.

A mandatory pitstop featuring at least one litre of fresh fuel must be served between minutes 25 and 35. Changing tyres is not enforced but will provide a noticeable performance advantage, albeit with the caveat of remaining stationary for longer.