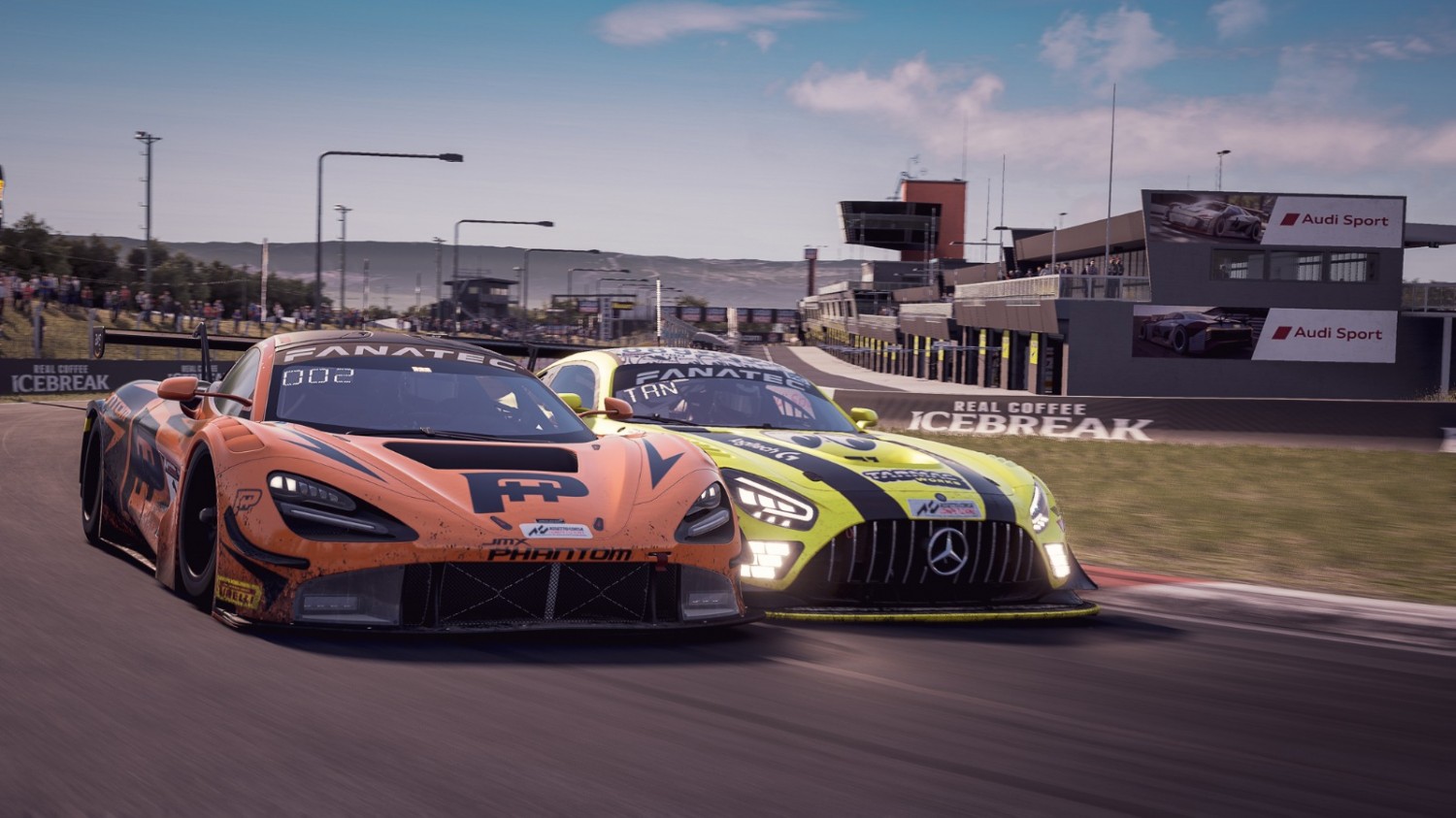 Fadhli Rachmat, Avila Bahar and Presley Martono came home 35.6s clear of Legion of Racers' Andika Rama Maulana, Dillan Tan and Moreno Pratama after finally getting the better of the Mercedes-AMG late in the fourth hour.

Monza winners and erstwhile championship leaders Full Pace Racing looked set to complete the podium but were beaten to third in the final 30 minutes by Legion of Racers' second Mercedes-AMG driven by Damon Woods, Luis Moreno and Thanathip Thanalapanan.

The race began with a multi-car pile-up at Turn 1 when contact between front row starters Martono and Philippa Boquida sent the Laundry House driver spinning across the track. The #666 Mercedes-AMG, along with several other cars, suffered significant damage in the resulting impacts, but somehow the championship’s three leading entries - who all started in the top-six - emerged unscathed.

Martono and Rama Maulana both relieved Moreno of the lead further around lap one before JMX Phantom’s McLaren established a 14s advantage by the end of the opening hour.

However, a 10s time penalty incurred for lap one's accident - which was served during the first pitstop - as well as Legion of Racers’ faster stop allowed Maulana's co-driver Tan to emerge with a slender lead over Martono, who remained behind the wheel. The pair were seldom more than a second apart until the final moments of the second hour when Martono toughed it out around the outside of Turn 1 to have the ideal inside line into Griffin's Bend.

Behind, Huang moved Full Pace Racing's Ferrari up to third by passing Legion of Racers' other Mercedes-AMG driven by Moreno but remained around 26s shy of the leaders.

Ahead, Martono's eye-catching move on Tan was undone during the second stops when Legion of Racers once again turned their Mercedes-AMG around faster than JMX Phantom could service the McLaren. But this time Rachmat couldn't pass Maulana and dropped even further behind #889 - now piloted by Pratama - with just over two hours remaining.

Rachmat wasn't deterred, though, and closed down his 12s deficit before passing Pratama at The Chase with just over two hours remaining. This time the team's penultimate pitstop matched LoR's, allowing Bahar to emerge with the 10s lead intact.

Tan managed to match the McLaren for a while but JMX Phantom's advantage proved too great. Martono, who returned for the final stint, ultimately took the chequered flag 35 seconds clear of the chasing Mercedes-AMG.

Inspeed Racing's Jiacheng Jiang, Chen Zhong Guo and Hawasa Quan dropped off the lead lap but were still the best of the four Bentley entries in fifth. They were followed home by The Odd Bods who picked up a place late on through LOR Tarmac eMotorsports' unscheduled stop after also engaging in an exciting mid-race battle with Wako's Fliptable Racing and HPD JAS Pro Asia.

Z-Challenger Racing and JMX Juniors, who ran as high as fifth early on, completed the points scorers in ninth and 10th.

Elsewhere, Boquida hinted at what might have been for Laundry House by lighting up the timing screens during her scintillating comeback in the opening hour. The entry shared by Terry Rayton and Andrew Laurenson might even have made it back on to the lead lap without the latter's real-world brake failure that ended the team's day early.

They, along with several other entries, will be hoping for better luck when the Endurance Series concludes at Suzuka on November 27.