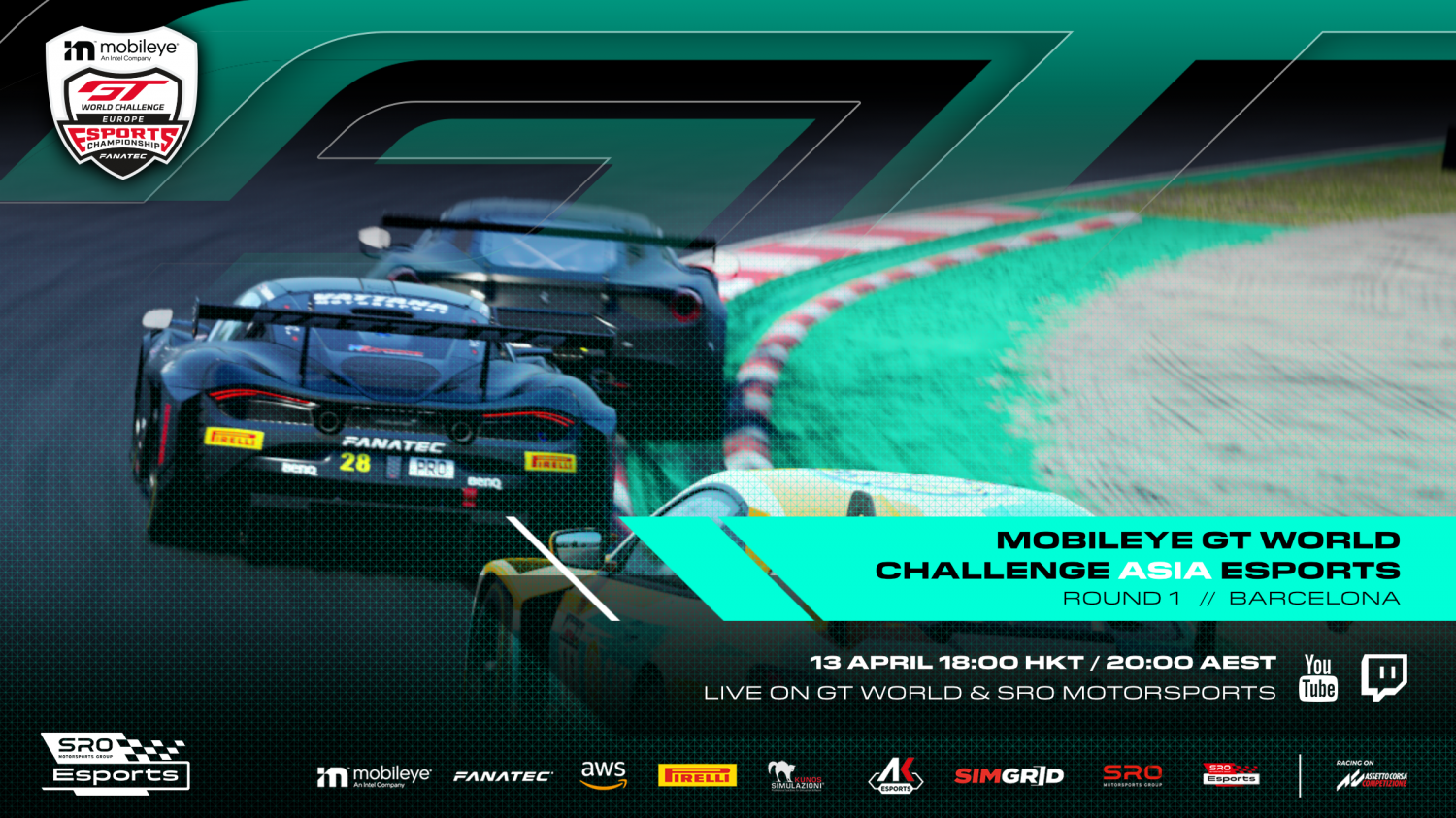 The 4.7km venue combines both fast and slow corners, as well as a long start-finish straight that places significant emphasis on horsepower. Asia's finest will go head-to-head on Wednesday evening at 18:00 HKT / 20:00 AEST in the first of five 60-minute contests that will decide the 2022 title.

A new initiative for this season sees the field split evenly between Pro and Silver entries, with categorisation decided by last year's results. The pit stop window has also been extended to run from the 15th to the 45th minute, while points are now awarded down to 15th place.

The diverse 48-car grid features 10 brands, led by 12 examples of the new BMW M4 GT3. The only comparable number comes from German rival Mercedes-AMG, which will be represented by eight cars. Aston Martin, Bentley, Ferrari and Porsche all have four cars, while there will be three each from Audi, Honda, Lamborghini and McLaren.

Wednesday's race will be streamed live on the SRO YouTube and Twitch channels, as well as the SRO Esports Facebook page, with an all-star commentary duo of David Addison and Ben Constanduros. It will be followed by further rounds at Imola (11 May), Bathurst (15 June) and Zolder (13 July), culminating in the season finale at Asia's most iconic racing venue: Suzuka (24 August).

No clear favourite to succeed Warren as champion of Asia

With last year's winner Dayne Warren not on the grid, Mobileye GT World Challenge Asia Esports will crown a new champion in 2022. Andika Rama Maulana was runner-up in 2021 and thus assumes the mantle of title favourite this time around. Having previously used a Ferrari, the Indonesian will now race for Mercedes-AMG E-Sports Team LoR.

Though he finished as championship runner-up, Maulana did not win a race last term. Indeed, aside from Warren the only diver to reach the top step of the podium was Andrew Laurenson, who broke through with victory in the 2021 finale. He remains with the Laundry House outfit this season and also switches brands, swapping Porsche for Ferrari machinery.

With its unmistakable retro livery, Laundry House is perhaps the most recognisable team on the grid – and it is well represented, too. In addition to four entries under its own name, an additional Pro car will run under the Mobileye x Laundry House banner for Ryan Hoolihan, who will use the new BMW M4.

Hoolihan is one of several returning drivers who scored a podium in 2021 hoping to progress to victory this time around. Dillan Tan (Mercedes-AMG E-Sports Team LoR) and Avila Bahar (JMX Phantom) will both drive Mercedes-AMG machinery, while Fadhli Rachmat pilots a Tarmac Works Bentley. Ryan Duong (Baked Potato Racing Audi) and Jake Baldwin (Happy Laps Ferrari) also recorded top-three finishes last term and should be in the mix once again on Wednesday.

In addition to the Pro contenders, a further 24 drivers will compete in the Silver class. They include a pair of entries from the Laundry House squad with Andrew O'Hara using a Mercedes-AMG and Terry Rayton driving a Porsche. Philippa Boquida will also use a 911 GT3-R to represent Romain Grosjean's R8G eSports team, while Happy Laps splits its Silver entry between a Bentley for Mitch Hobbs and a Honda for Daniel Hunter.

Organised by SRO Motorsports Group and Ak Esports in partnership with Mobileye, Fanatec, Kunos Simulazioni, Pirelli and The Sim Grid, the series utilises the highly authentic physics and unmatched driving realism of Assetto Corsa Competizione. The Asian event comes one week after the European campaign launched at Misano, while Intercontinental GT Challenge Esports Powered by Mobileye kicks off this weekend with the Bathurst 12 Hour (16 April).

Title sponsor Mobileye has also partnered with SRO to give fans the opportunity to win a VIP weekend at a Fanatec GT World Challenge Powered by AWS event or a simulator coaching session with a top SRO Esports driver. For further information and to enter, click here.