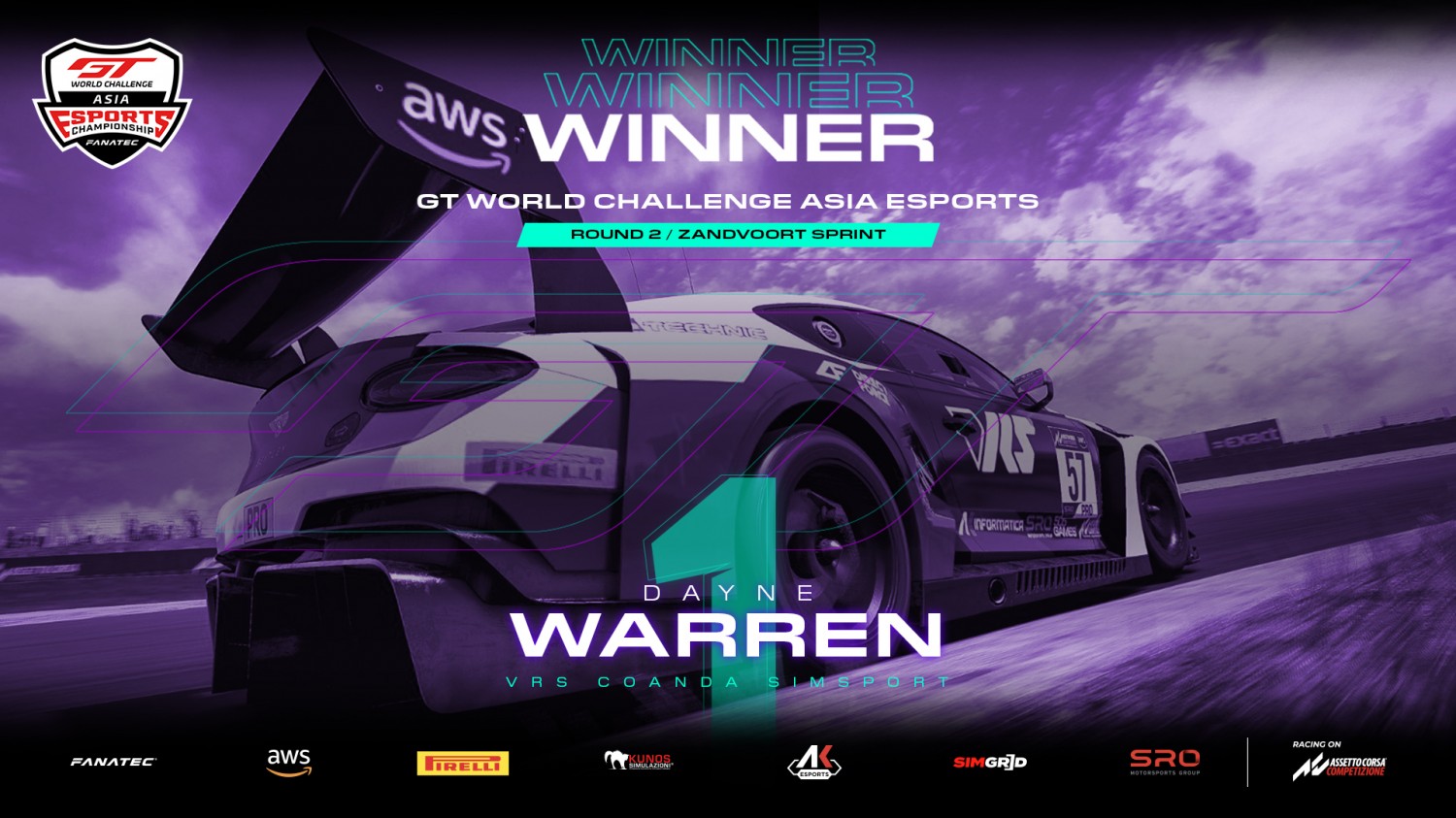 The result might have been a little different without the lap one incident that prevented front row starter Philippa Boquida (Octane Online Racing, McLaren) from challenging Warren, while a late disconnect also denied Dillan Tan (Legion of Racers, Ferrari) a deserved podium after resisting Azlan during the second stint.

Qualifying suggested this would be a two-horse race between Warren and Boquida who were separated by just 0.051s and lapped four tenths quicker than anyone else. However, that potential battle lasted just three corners before the latter found herself in the barrier.

Instead, Warren was free to break clear after resisting Tan’s initial attention on lap one. The Ferrari started third and ran alongside the Continental through Turns 1 and 2 before slotting into second. It was the closest anyone came to challenging the Bentley all afternoon.

Pak Ho Wong (Z-Challenger Racing) initially ran third before dropping behind two more fast starting Continental GT3s driven by Azlan, who qualified eighth, and Rachmat. The pair worked together to reel in Tan and were never much more than a second behind the Ferrari before the pit window opened after 25 minutes.

Rachmat stopped first in the hope of gaining track position but actually lost time to the podium places once the window closed after 10 minutes. Instead, Tan retained second from Azlan who closely shadowed the Ferrari before its disconnect denied the Legion of Racers driver a deserved rostrum with four minutes remaining.

But there were no such dramas for Warren who added fastest lap to his second perfect afternoon in succession. Another maximum score leaves the Australian 20 points clear of Rachmat and another two ahead of Andika Rama Maulana (Legion of Racers, Ferrari) who battled through to fifth after starting 12th. Critically, the Malaysian completes the list of automatic Sprint Series qualifiers for Round 3 at Misano on July 22.

Laundry House’s Andrew Laurenson will join him in Italy after finishing one place ahead at Zandvoort. The Australian was running seventh while bottled up behind Kelvin Chen (Full Pace Racing Team) before the pit window opened but leapfrogged his fellow Porsche driver and Wong by stopping at the first opportunity.

Moreno Pratama (Legion of Racers) was in the thick of the action throughout but came home as the best placed Audi driver in 10th.

Next up it’s the first of GT World Challenge Asia Esports’ Endurance Series rounds at Bathurst on July 17 before Misano hosts Round 3 of the Sprint championship five days later.